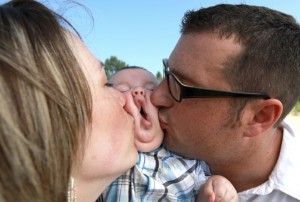 Author and speaker Andy Andrews says, “We’re not trying to raise great kids. We’re trying to raise great adults.” Though you likely aren’t actually raising the children in your ministry, you do play a role in influencing who they will become. Keeping the perspective that the children you work with will one day be adults, influencing the world one way or another, can help guide how you interact with them today. Obtaining compliance from a child in a single moment may win the proverbial battle, but will it win the long term success of a child becoming an awesome adult?

You entered into children’s ministry to impact kids. However, in the chaos of daily life, purpose sometimes fades into the background of managing a ministry, recruiting volunteers, communicating with parents, and other daily tasks. At the end of the day, relationships come first, so continue to intentionally pursue relationships with the kids you minister to.

The following are three tips to help meet that goal.

Intentionally seek relationship with the children in your care. As simple as this may sound, it can be very difficult to actually live out. One can easily float through life saying niceties to others and never actually engage in real relationships. Choose to pursue deep and real relationship with others. Express genuine interest in others. Begin by asking questions. When Tommy tells you about how his dog felt sick this morning, ask for more. The next time you see Tommy, ask him how things turned out with his dog.

Perceiving needs is subtle, especially when interacting with someone you do not know well. However, simply paying attention can go a long way. When a child predictably acts out during snack time week after week, instead of immediately disciplining the child in frustration, ask yourself some questions about what is happening in the child’s mind, and what need they are actually expressing. For example, is the child acting defensively because no one wants to sit by him, so he creates a situation where he’ll reject others before they can reject him? Is the child abused at home and not allowed food so he acts out to sneak more cookies and meet his hunger need? Does he simply prefer chocolate chip cookies over oatmeal, but always get served last, therefore always receiving oatmeal and has a need to be heard week after week?

Some of those questions are heavy and a bit extreme, but the point is to look for the needs expressed behind actions. Rather than simply reacting to a situation, respond to the need. When you meet a child’s need, the behavior often will resolve itself and, even more importantly, you’ll develop true relationship and trust from the child.

As you interact with children, treat them with respect as people. It may be easy enough to simply pick up a tantrumming toddler and move them to where you want. However, when that tantrumming child is a teenager, the method of force to keep compliance grows bigger and will likely grow to a level you cannot nor want to enforce. Even if you can force a child to do what you want, will it pay off relationally? Will resentment build between you and the child?

Foster a better long term relationship by taking an approach where you engage the child in relationship, and from there guide them into more positive choices. Consider what your body language and verbal response to a child communicates. Are you communicating authority? Grace? Love? That you tolerate the child, but don’t actually like him? What will your reaction to a child cause him to believe about you, others, or himself? How will that belief affect his long term actions into adulthood?

For example, if a child constantly wanders out of a designated area, guide them back into the proper bounds by treating them with respect and giving him choice in the matter. Give him an option of a few specific areas within the acceptable bounds they can choose to be, rather than simply forcing him to be exactly where you want. The question, “Within the children’s area, would you like to play with the blocks, watch the puppet show, or sit next to me?” communicates something entirely different than simply picking up a child and moving him.

Engaging children and guiding, rather than forcing behavior, certainly takes more time and effort. However, it produces better adults.

Most of those serving in children’s ministry do so in order to impact children. There’s more value in focusing on relationship with children rather than compliance. A long term, more relational approach, may not earn you a Super Nanny award, by waving a magic wand and instantly creating perfectly behaved children. However, it will contribute to shaping kids who become awesome adults.