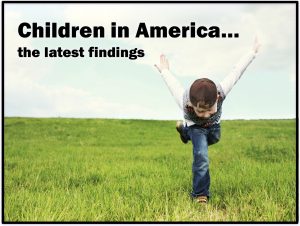 This guest post is from Dale Hudson. Dale is a prolific thought-leader, who has helped build some of the largest and fastest growing modern ministries in the United States. He’s an author, teacher, and national speaker, who understands the value and responsibility of leading children. He’s served in children’s ministry 28 years and has recently co-authored the book If Disney Ran Your Children’s Ministry.

In the post, Dale shares some of the latest findings from the Forum on Child and Family Statistics, with the goal of helping those working with children stay abreast on what’s happening in their lives and families.

Click here to read more from Dale on his blog Relevant Children’s Ministry, purchase his latest book, and see the locations of his Keynote appearances.

Children are the greatest mission field.  Here’s the latest findings about the kids we are called to reach in America.

What a privilege we have to been given to minister to children.  As you can see, the need is great.

Your ministry matters.  You matter.  The children of America need you.  May God anoint and equip you to reach at least one of them this week.