Misbehave, Get A Special Breakfast 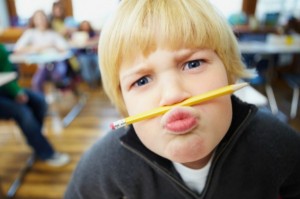 We are excited to share today’s guest post from KidCheck’s very own John Dunstan! John brings a wealth of experience in children’s ministry from his previous positions as a child counselor and chaplain at Hillview Acres Children’s Home.

Two adults from my childhood who impacted me were Mr. Jones and Pastor Steve. Both these men invested in me during my formative Junior High years. When I think about their impact, the impression they made on me was not from ensuring I completed homework, raised my hand before asking a question, or anything of that sort; it came from their investment in relationship with me. What will the children you work with today think of your time together twenty years from now?

Just to get it out in the open right away, rules, discipline, and structure are important. However, they are not an end in themselves. Who wants a child that obeys the rules but resents authority in their heart? Rules and structure provide safety and security in which deep and real relationship can blossom.

Fast forward ten years from junior high life with Mr. Jones and Pastor Steve, and I found myself working with abused and neglected children. For a total of about seven years I worked both as a direct care worker and as a chaplain in a group home. The operation model of the program I worked within was anchored in the philosophy of relationship first. In short, the idea was to love kids the way Jesus loves.

Admittedly, this model requires more energy, effort, intentionality, and patience. It calls for being the tortoise, not the hare. I found plenty of times where threatening consequences was easier and more effective in convincing a child to comply. However, I also think back to some of those times and regret my actions, wishing I’d pursued relationship more tenaciously rather than forcing a specific behavior. Alternatively, I remember some times where an act of relentless love won out and directly impacted a child.

For example, one time I had a child in my care roaming the halls, terrorizing other kids, and generally raising a raucous all morning before school. I spent about an hour laying out consequences, threatening punishments, and demanding compliance. Eventually, I took a step back from the situation and realized I’d had enough. (The child likely had too!)

I think by that point, per my edicts, the child was never coming out of his room again, would be cleaning our building from top to bottom with his toothbrush, and would write a million sentences stating he would not misbehave. I realized I needed a different approach.

I then told the child to get dressed and to walk to the group home van. By some miracle of God, he actually complied. Once in the van, I did what no justice-living person would do: I took him to a special breakfast. I didn’t berate him, give him a lecture, or even mention the previous part of the morning much more than saying, “Wow, you must be having a tough morning. To be honest, I am, too.” He was amazing during that time. No defiance. No cussing. Just a normal kid. When I dropped him off at school he was pleasant, excited, appreciative, and even compliant.

Crazy, right? Someone acts out and I treat him to a special breakfast?! That situation was so counterintuitive to me. Yet, I created a memorable time with a positive impact to that child. I would bet money my decision still positively affects him.

With all that said, it takes a lot of good judgment and wisdom to love children well. Sometimes setting strict boundaries and tough consequences makes sense. And sometimes it makes sense to throw a party when a child who ran away returns (consider the story of the Prodigal Son).

When I first learned these concepts, they challenged me. To be honest, I still struggle with them. However, when I read about God’s love for me and his relentless pursuit of relationship with me, I realize He knows better than I do.

As you continue working with children, consider what real needs those children communicate in a given situation. Rather than jumping to consequences in response to negative behavior, consider if a different, more relational, approach may make more of the impact you hope for.

John Dunstan is a key member of the service and support team at KidCheck, providers of secure children’s check-in. He enjoys building relationships and helping others, as exemplified by both his current support role and his previous work as a counselor and chaplain at Hillview Acres Children’s Home.

John resides in Boise, Idaho with his lovely wife Liz and their precious son Benjamin.