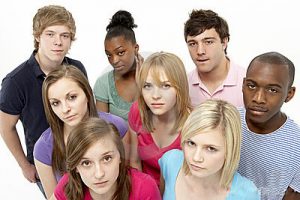 This is the second in a series of three “Reducing the Risk of Juvenile Offenses in Children’s Ministry” posts focusing on the nature of juvenile offenses and commonalities in profile of those who offend.  We’ll also share the importance of creating awareness and having a youth safety plan.

“Churches are aware of the dangers of sexual abuse by volunteers and church staff, but often don’t look at adolescents as a source for this sort of behavior. It’s a significant risk people are aware of, but churches don’t know what to do,” says Richard Hammer, attorney and editor of Church Law & Tax Report.

In these volatile times, it’s never good to operate without a plan. The goal of this series is to provide information and resources that can assist any organization caring for children to help reduce the risk of juvenile offenses.

We must mention that with regards to abuse prevention, nothing is 100% foolproof, and the risk of juvenile-peer misconduct can be mitigated, but not eliminated.  You may have all the systems and prerequisites in place, and still experience an incident.  However, by participating in the larger discussion, you’re making a statement that you will not sit by and let the possibility of juvenile offenses destroy the children and youth ministries in your church.

Listed below are a few vital points to inform, educate, and get you thinking within your own context, about the characteristics of juvenile committed offenses against children.

Based on the above data points, it’s evident that juvenile offenders are a diverse group with variable character profiles. Juvenile offenders are hard to detect and monitor. Most don’t have criminal records, have never had a background check, and don’t exhibit abnormal behaviors. Implementing a youth safety plan, understanding the current landscape of what enables peer-to-peer abuse and creating an environment that reduces risk are key elements in prevention.

In the book “On Guard,” by Pastor Reju, he shares that, “By talking about abuse, planning for prevention and response, training volunteers, and starting a conversation, the church makes a clear statement to offenders that it’s not going to be passive about the issue.”

It’s important to share with other pastors, board members, security team, etc.  what the current landscape looks like with regards to juvenile offenders. The current stats indicate youth are victimizing other youth. As we’ve mentioned it’s a tough topic to address, but imperative regarding prevention.

By simply starting the conversation, you can deter some offenders from taking any action and reduce the likelihood of abuse. When pastors, leaders, teachers, staff, and volunteers are made aware of the matter, they will be able to be on the lookout for danger signs and make a statement that the church is on guard.

Creating awareness can be done in many ways. Educate and inform the church community of the steps you are taking to protect the youth in your ministry.  Make sure topical information on the matter gets on the docket for church leadership meetings, is included in training sessions for leadership, staff and volunteers, is referenced in your church by-laws, and is included in your overall youth safety plan.

Preparation is the Key

Being prepared and having a youth safety plan are two of the most important steps in protecting the ministry. Operating without one is never a good idea. It doesn’t matter if your church is small or large, having a plan in place will minimize the grey area for individuals interacting with youth and provide a layer of protection for staff, volunteers, and those you serve.

Join us for Part 3 as we discuss the elements of the youth safety plan, which will include details on how to properly screen and incident management.

Practical Strategies to Protect your Ministry: Confronting Peer Abuse in your Church